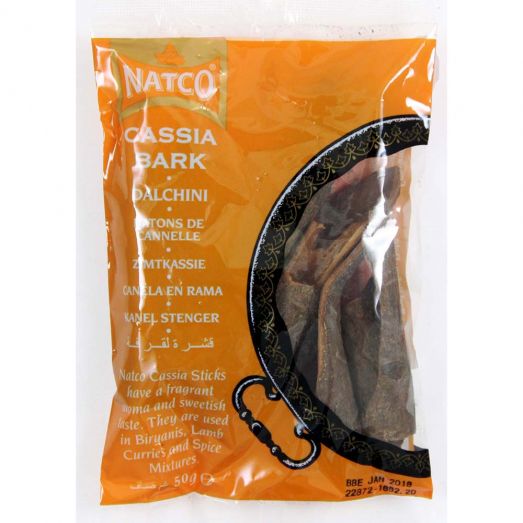 Similar to cinnamon but with a coarser, thicker bark. The taste is stronger than true cinnamon with a very subtle clove undernote. Used in pilau's, lamb and other meat dishes.

Culinary Uses: Where cinnamon and cassia are differentiated, cinnamon is used for sweet dishes, or ones requiring a subtle flavour, and cassia for strong, spicy, main dishes. In many countries the two spices are used interchangeably and in North America the more robust cassia is usually used, though generally sold as cinnamon. Cassia is often used in stewed fruits, especially apples and with mixed spices for pudding spice, pastry spice and mulling spices. In main dishes it is used in curries, pilaus and spicy meat dishes. The whole buds are also good for flavouring these dishes. Dried cassia leaves are the Indian herb tejpat, sometimes erroneously called ‘bay leaves’. Cassia is an ingredient in Chinese five-spice.