£2.69
In stock
SKU
NASF100
Overview
Hing
Add to Wish List Add to Compare
Skip to the end of the images gallery 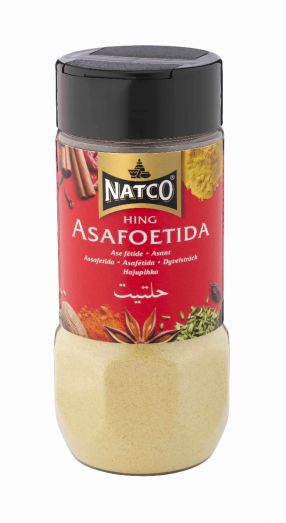 As its name implies, Asafoetida is not blessed with a pleasant smell. This spice is the resin from the genus of giant fennels and is used in a powdered or paste version in Indian cooking. It is also used as an aid to digestion and for religious and social reasons (certain castes in India being forbidden to eat garlic, of which its taste is reminiscent.

Culinary Uses: Use in minute quantities, adding directly to cooking liquid, frying in oil, or steeping in water. Asafoetida is used mostly in Indian vegetarian cooking, in which the strong onion-garlic flavour enhances many dishes, especially those of Brahmin and Jain castes where onions and garlic are prohibited. It is used mostly in south and west India, though it does not grow there. It is used in many lentil dishes (often to prevent flatulence), vegetarian soups and pickles. It is also suited to many fish dishes and some pappadums are seasoned with asafoetida.