£3.99
In stock
SKU
JTM175
Overview
Spice blend for making spiced tea.
Add to Wish List Add to Compare
Skip to the end of the images gallery 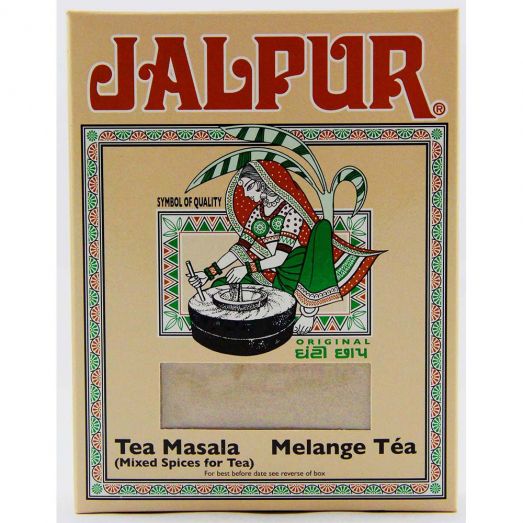 Jalpur's Tea Masala is one of the UK's oldest tea spice blends from their mill in Leicester and is popular amongst the Gujarati's, predominantly Masala Chai drinkers. This particular spice blend is not to overpowering, though warming and settle at the same time.

How To Brew - To make one cup of traditional Indian tea. Bring half a cup of water and half a cup of milk to the boil in a saucepan. Add one teaspoon of loose leaf tea and 1/4 teaspoon of tea masala. Let simmer for 4-5 minutes on a low heat, add sugar to taste and serve.

Milled and Packed In England

To retain freshness after opening, store in an airtight container.